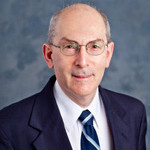 Dr. Gilinsky is a Board Certified gastroenterologist who also serves as a Professor of Medicine in the Division of Digestive Diseases at the University of Cincinnati. He earned his medical degree from the University of Cape Town in South Africa and trained in gastroenterology in Cape Town (at the same institution where the world’s first heart transplant was performed) and at the Middlesex Hospital in London. Dr Gilinsky is a very active consultant gastroenterologist and endoscopist with a special interest in colon disorders, inflammatory bowel disease, swallowing and acid disorders, biliary, stomach and pancreatic dseases. He sees patients from many parts of the country. Throughout his career, Dr. Gilinsky has received many honors for his patient-care efforts, including a leadership award from the Crohn’s and Colitis Foundation of America and recognition by his peers as one of the top gastroenterologists in Cincinnati, as noted in Cincinnati Magazine.

Apart from his clinical activities, Dr. Gilinsky has published numerous original articles and currently serves as a reviewer for publications in the United States and abroad. He has lobbied on Capitol Hill for health care issues related to gastroenterology. He is a governor of the American College of Gastroenterology. Dr. Gilinsky also is an elected member of the Royal College of Physicians of the United Kingdom. He enjoys jogging and hiking with his two children (his son is a captain in the U.S. Marine Corps and his daughter is a graphic designer).